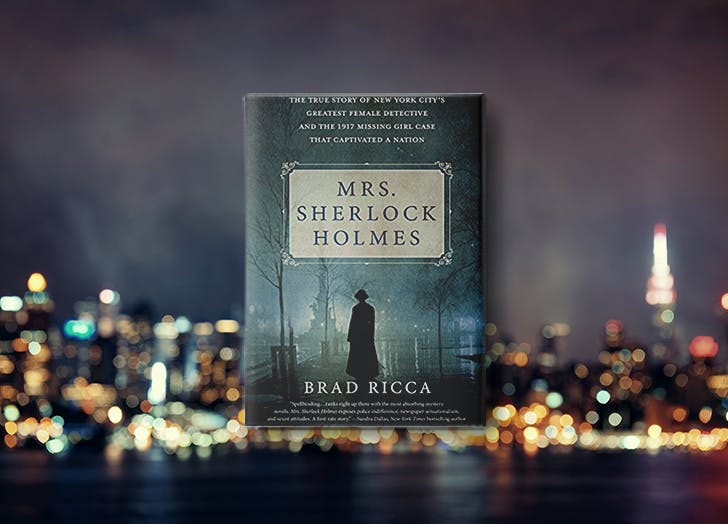 On February 20 at 2:30 p.m. we will meet (most likely) at St Matthew’s to discuss Mrs. Sherlock Holmes: The True Story of New York City’s Greatest Female Detective and the 1917 Missing Girl Case That Captivated a Nation by Brad Ricca.
Mrs. Grace Humiston was a detective and lawyer who turned her back on New York society life to become one of the nation’s greatest crime fighters during an era when women weren’t even allowed to vote. After graduating from NYU law school, Grace opened a legal clinic in the city for low-income immigrant clients. Her reputation as a fierce, but fair lawyer who was always on the side of the disenfranchised, led her to strange cases all over the city and eventually the world. Despite her many successes, Grace began to see chilling connections in the cases she had solved, leading to a final showdown with her most fearsome adversary of all and one of the most powerful men of the twentieth century.

Save the date: On March 27 we will discuss Moloka’i by Alan Brennert.