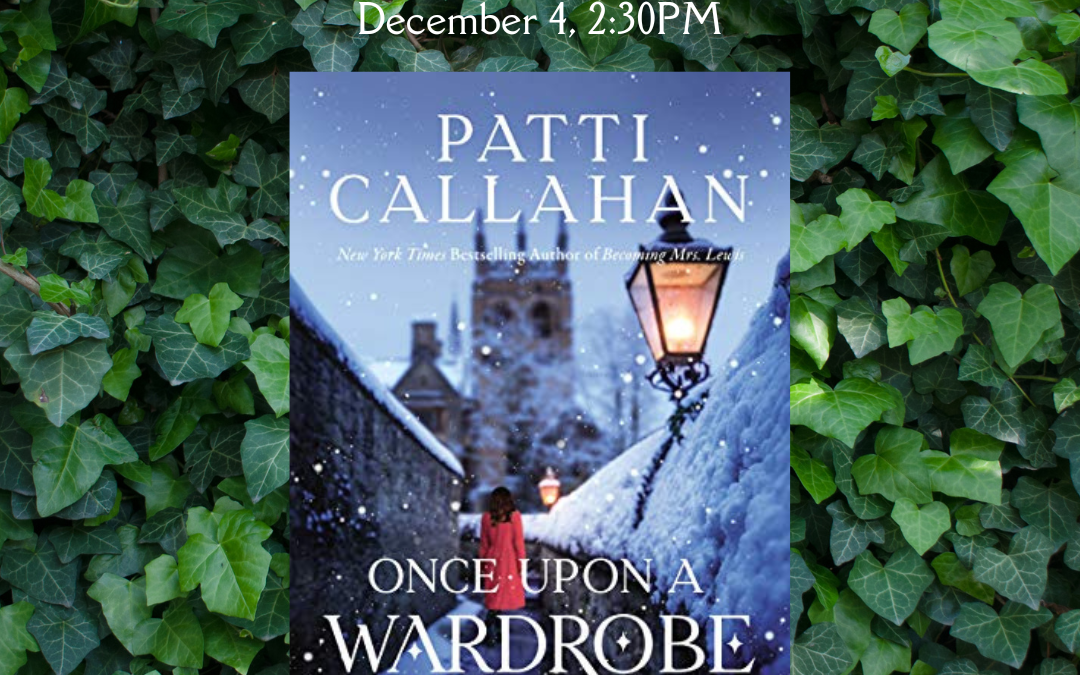 Go dig out your old copy of The Lion, the Witch and the Wardrobe and join us on December 4, when we’ll delve into Once Upon a Wardrobe by Patti Callahan at St. Matthew’s at 2:30 pm.

In 1950, seventeen-year-old Megs is a mathematics student at Oxford. Her dying little brother presses her to ask the author of his new favorite book, “Where did Narnia come from?” Despite her apprehensions, she soon finds herself begging C.S. Lewis for answers. Lewis tells her the little-known stories from his own life that led to his inspiration, and as she takes these stories home, the little boy travels farther in his imagination than he ever could in real life. Lewis’s answers will reveal many truths that science and math cannot, and the gift she thought she was giving to her brother—the story behind Narnia—turns out to be his gift to her instead: hope. An emotional journey into the books and stories that make us who we are.

“Sometimes fairy stories may say best what’s to be said.” C.S. Lewis. So let’s begin our journey into this mythical and magical land: “Once there were four children whose names were Peter, Susan, Edmund and Lucy . . .”

Save the date: On January 29 we will discuss East of Eden by John Steinbeck.